Then the same people who claim to be followers of a messiah who is supposed to have hailed from an ancient middle eastern area, are currently in the USA quite disgustingly engaged in the vilification of an entire culture of people from the middle east due to a difference in melanin and personal spiritual identifications of the name of god they choose to worship.

You guys have to know that Jesus would never invite you to hangout on the weekends bc you frankly are hypocrites. Your bible specifically says God Jesus's dad and awkwardly also himself can't stand self-righteous hypocrites pharisee. All the while said pharisee's conveniently cherry-pick what they want from the bible and ignore what they don't like. Regardless of the epic's described in the Bible, the only "Naked Truth" that need to be exposed are the horrible "acts" that religion spells out for us in the old and new testaments. What naked truth is that?

They're using the fictions from throughout the Bible and other 'holy' books to show the Naked Truth?


These are the voices from the choir What a great manipulation,into the worship of paganism,and the seduction to worship the devil and false christ,thank gododness and god ,the true door and corner stone is,is not what they want to project,prey for the truth of gods words,no better truth except learning it on your own. This should be called Distorted Truth. Krishna was killed by a hunter who mistook him for a deer.

And his mother already had 7 children, before he was born, with his father. They were married. All these "facts" shook my belief on the other "facts" provided by the documentary. So stopped watching it after 47 mins. These guys proved exactly what the Bible is, open for interpretation. One can probably link the stories to anything you want and believe it to have meaning.

I believe that the stories are metaphoric and are open to interpretation. Interesting but the things they say regarding Buddhism is actually not correct. The Buddha was a mortal who worked out the cessation of human suffering through meditation. The myth of the Buddha's life represented in this doc seems to be totally made up, the fact that he was mortal and not a god is a very important aspect of the religion. AND the "god" ole U. This documentary looks very interesting and I will probably end up watching it at some point, but regrettably, I was turned off immediately by the use of masculine pronouns and terms to describe all of humanity.

The use of 'man' as a generic term is offensive to men as well. As is the intense drive to dress us all in uniforms, deny our humanity and then blame us for everything; and then say we are free and have no right to play the victim. Do you realise your comment actually stems from a guy called Herbert Marcuse, who is using your indignation at 'pronouns' to keep the ailing Left alive from beyond the grave. 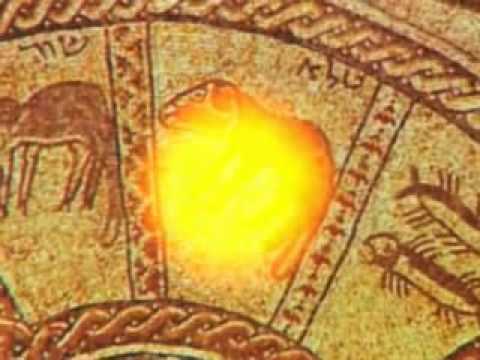 I'd be more upset about that if I were you. Some of these human cultures overlapped - some did not. The sky was primitive man's internet. It told him everything he needed to know about anything that was important to him. If you cannot grasp that after watching this documentary then you need to keep researching the history of religion. The purpose of religion is to unite people.

If it becomes a cause of discord it should be abandoned. That being said, these folk definitely hate religion. Hate for god is the new religion of the day. There is a problem here. Throwing out the baby with the bath water. All things that have human hands in them become corrupt and need renewal every now and then. Religion is no different.

Once it becomes corrupt and problematic, it should be swept aside, just like a wayward government. Here is a monkey wrench to this Documentary. The Baha'i Faith, has no clergy, doesn't interfere with your personal relationship with the faith. All it wants to bring about is the Unity of mankind, and end to war, suffering, and other problems that plague our world. It values independent investigation of the truth, and unity of science and religion. The world will not heal and move forward without spiritual principles. The rest is human interpretation.

Jesus would not condone war, racism, sexism. He would not support a war on Islam or any other beliefs. Christianity taught "all are equal in the eyes of heaven".

This tells me that Jesus would have accepted all people, and fought against injustice and stratification of the economy. As a matter of fact, he would have fought against the issues we see today, corporate greed, corrupt governments. There is so much we need from religion. We just need to keep an open mind and accept science as much as religion.

Science still doesn't know what really started to the universe Einstein said: "Science without religion is lame, and religion without science is blind. Our world is morally bankrupt. I don't see science able to assist in that matter without spiritual principles. Just don't blindly believe what you read or hear.

The bible is nothing but metaphor to me, and worth looking at in that fashion. Religion carries great wisdom, if you don't blind yourself to it by either hate of unquestioning love. Throw all religion out the window. Have no greater authority than yourselves in the universe. It's ok to steal, covet your neighbor's wife, lie about your neighbor, kill him, hell, go ahead and eat your neighbor's children. We'll be right back to a year life-span and gladiatorial games just like the Romans in no time. Bring it on! Whether you like it, or want to admit it, or not, Christian Philosophy protects you every day, keeps you and your children safe, enables you to live a long life and live without relative fear in this country.

When everyone has embraced the teachings of the Ten Commandments and the eleventh, then will we blossom. Incredibly blindsided. Firstly, you are confusing ethics with morals, and then you are are assuming that ethics and morals are instilled by supreme beings and demiurges.

On the other hand, and since we were the ones who created the different gods and mythologies, we were the creators of ethics and our different cultures created their own morals. There is no need of any god for good to exist. David are you suggesting that the bible is the original source of these ideas? Not expecting a reply, and most of this has been challenged by others, but And, err, David, if you can't tell what is right or wrong all by yourself, you're a freaking psychopath or sociopath, never can tell those two apart, lol.

Do we really "need" someone to tell us those things are wrong? Don't we eventually have to take responsibility for ourselves and our actions? Religion, re-lig, to join with, to rejoin with the Divine, the Matrix of Consciousness or capital "R" Reality In Which we all and everything appear s. Or, call it "God" if you like. We will always be involved in "religion" in such case, or the practice of communion with the very Ground of our Being which is true religion.

Nothing inherently wrong with that. What's wrong is as they describe in the video: the "gods" made up by the human mind, and all the crazy rules and such that we tend to invent regarding religion. We only feel we need to re-join because we feel separate from "God"--and even separate from each other not unified, not one with each other. Practicing real God-Communion, we begin to relax into the Great Unity. Make sense?